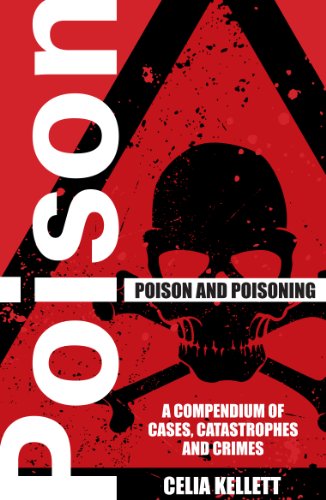 Poison and Poisoning - A Compendium of Cases, Catastrophes and Crimes (English Edition)

This fascinating book will be enjoyed both by those interested in the science of poisons and also by general readers who can dip in and find hair-raising horrors and calamities on every page.

In this fascinating guide to poisons, Celia Kellett provides information and entertainment in equal measure as she explains clearly what all the different poisons are and how they work, giving us all the gory detail of how, by accident or design, they have led to the demise of so many people.

From cyanide to the Black Widow spider, and from the Green Mamba snake to botulism, poisons can be found everywhere from the jungle to the refrigerator.

Did you know, for example, that the Emperor Napoleon died from arsenic poisoning caused by the green dye used for the pattern on his wallpaper? Or that the Green Mamba?s venom is so toxic that a bite is fatal within half an hour? Or that 50,000 people die from snake bites every year in India?

Poison is rarely out of the headlines, with recent stories including the murder, by polonium poisoning, of Alexander Litvinenko in London, allegedly by the KGB, The Horse Whisperer author Nicholas Evans becoming seriously ill in Scotland after eating poisonous mushrooms, and melamine poisoning in Chinese baby-milk formula.

It is a subject that holds a fascination for the general public who (along with budding crime writers, and perhaps the KGB) will want to buy this excellent book in large numbers.