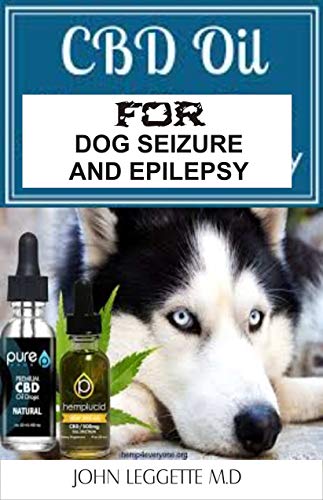 Many of us know that medical marijuana can help millions of patients suffering from a variety of diseases and ailments, especially epileptic seizures. Strains and concentrates that are high in CBD are increasingly being used to reduce or manage the number of debilitating seizures that plague sufferers of epilepsy and Dravet?s syndrome. But human beings may not be the only ones who benefit from cannabinoid therapy: pets are starting to receive high CBD treatment, too.An estimated 1-5% of all dogs can suffer from either symptomatic or idiopathic seizures. Symptomatic seizures are typically caused by abnormalities that exist inside or outside of the brain (e.g., encephalitis, head trauma, metabolic health problems, lead poisoning).Idiopathic epilepsy, however, has no underlying cause and may be genetic. Breeds that are prone to inherit symptomatic seizures include beagles, German shepherds, Keeshonds, Belgian shepherds, dachshunds, Hungarian Viszlas, English springer spaniels, Irish wolfhounds, collies, and border dogs. Additional breeds can have a high incidence of seizure disorders, namely golden retrievers, Irish setters, Saint Bernards, American cocker spaniels, wirehaired fox terriers, Alaskan malamutes, Siberian huskies, Welsh springer spaniels, Labrador retrievers, miniature schnauzers, mastiffs, boxers, Cavalier King Charles spaniels, and poodles.
Dogs that suffer from epileptic seizures are commonly prescribed phenobarbital, a medication commonly used to treat seizures. While it?s recommended by the World Health Organization to treat certain types of epilepsy in developing countries, it can carry some serious side effects in both humans and pets, including lethargy, increased appetite, dizziness, confusion, and long-term liver damage.
This book is going to guide you on the following
What is cbd oil
What dog seizure and epilepsy
The dosage, recommendation and side effect of using cbd oil for dog
How to purchase and the cbd in market for dog seizure